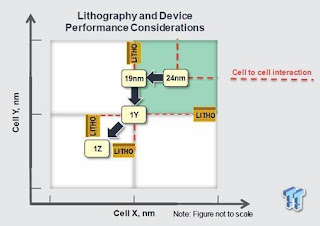 Some highlights of teardown of google glass below.

What is this Glass thing anyways?

Google's latest and hottest gadget needs little introduction.
Since its public unveiling in April 2012, the tiny head-mounted
Android computer has been collecting controversy and sociological
analysis. It is currently available in limited beta to eminent members
of the tech community and to a selection of "Glass Explorers". As
members of the latter program, we are delighted to be able to explore Glass.
.......

Removing the casing exposed a few parts, including the separate touchpad module on the right side of the unit. When a Glass users looks like they are pensively tapping their temple, they are interacting with this sensor. The touchpad is a full custom module made by Synaptics, and is driven by a Synaptics T1320A touchpad controller.

The main logic board was now exposed. The inwards-facing side holds an RF module, some small connectors and support ICs, and copper noting that this is "a GOOGLE [X] production".

This board was stuck to a thermal pad with lots of paste. After removing it and cleaning off the pink thermal compound, we revealed the core chips powering Glass: a TI OMAP4430, 16GB of SanDisk flash, and an Elpida mobile DRAM chip. A flex PCB and an RF cable, anchored with some metal tabs and an MMCX (?) connector, trailed from this board to the behind-the-ear pod.
Some text in the copper on this board reads >9K!   It's over 9000!

To keep the unit's weight distributed more evenly, Glass keeps its battery in a rounded bit behind the wearer's ear. We stripped this area open, again applying destructive force to tear the plastic.
The single-cell Lithium Polymer battery sits at the end of the flexprint PCB and is marked as having a capacity of 2.1 Wh (roughly 570 mAh). It is not user-replaceable, not even a little bit.

More details
Posted by Ron at 9:11 AM No comments: