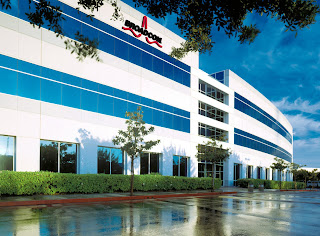 Semiconductor industry continues to consolidate. Last month Qualcomm offered to buy NXP and this month Broadcom is buying Brocade Communications for $5.5 Billion. It also appears that Skyworks Solution is in talks to acquire Microemi .


See below a table summarizing all these deals and the potential deals.


Some of the high cost chips used in the iPhone will go down in price; for example the System-on-Chip (SOC) at a cost of $26.90 (made by TSMC) and the NAND memory chips (made by Hynix) and SDRAM (made by Samsung) at a combined cost of $16.40. The price of the iPhone 7 will not go down.

The iPhone 7 costs Apple more than you think

LONDON--(BUSINESS WIRE)--The bill of materials (BOM) for an iPhone 7 equipped with 32 gigabytes (GB) of NAND flash memory carries $219.80 in bill of materials costs, according to a preliminary estimate from IHS Markit (Nasdaq: INFO), a world leader in critical information, analytics and solutions.
“Total BOM costs for the iPhone 7 are more in line with what we have seen in teardowns of recent flagship phones from Apple’s main competitor, Samsung, in that the costs are higher than in previous iPhone teardown analyses,” said Andrew Rassweiler, senior director of cost benchmarking services for IHS Markit. “All other things being equal, Apple still makes more margin from hardware than Samsung, but materials costs are higher than in the past.”After $5 in basic manufacturing costs are added, Apple’s total cost to manufacture the iPhone 7 rises to $224.80. The unsubsidized price for a 32GB iPhone 7 is $649. IHS Markit has not yet performed a teardown analysis on the larger iPhone 7 Plus. This preliminary estimated total is $36.89 higher than the final analysis of the iPhone 6S published by IHS in December 2015.

Same shape. No jack.
While the overall shape and physical design of the iPhone 7 is similar to the iPhone 6S that preceded it, the new display has wider color gamut, including DCI-P3 as well as traditional sRGB, which improves the rendering of photos and videos. The device’s haptic engine, which provides the “click” feel for users, has also been improved for longer-duty cycles and better dynamic response. The home button is now static and mimics the MacBook in terms of a solid-state button design.
Apple has also eliminated the 3.5 millimeter headphone jack, allowing a larger battery and haptic motor. “Where there was an audio jack in the previous design, Apple replaced it with a symmetrical grill -- not for speakers, but for the waterproof microphone, leaving more room for the larger battery and Taptic Engine,” Rassweiler said.
Increased base-model storage
Apple has increased the iPhone 7’s storage density. For the first time, the base model starts at 32 gigabytes (GB) – which is only the second time Apple has upgraded the base storage in the iPhone. From a cost perspective, the shift from 16GB/64GB/128GB iPhones to 32GB/128GB/256GB is a big jump. “Despite significant cost erosion in NAND flash over the last year, this increase in the overall memory cost definitely puts pressure on the bill of materials costs -- and therefore margins -- from Apple’s perspective,” Rassweiler said.
Intel returns
The Intel design win, and six years of absence that Intel had from the iPhone, is important to note. Even so, Intel still shares the processor business with Qualcomm. “Whereas Apple strives to have ‘one iPhone model for all carriers and markets,’ there are a number of different hardware permutations supporting various countries and carriers,” Rassweiler said. “Apple will likely look for ways to simplify the design moving forward, which means one supplier – whether Intel or Qualcomm – will likely dominate, as part of supplier and SKU streamlining.”
According to Wayne Lam, principal analyst of smartphone electronics, IHS Markit, “Largely left behind in the 4G LTE market, Intel has finally worked itself back into the iPhone, which is a huge win, but not one that is going to be financially significant in the near term for Intel.”
RF paths
Apple has also eliminated segmented antenna bands, which means the company is pushing all radio-frequency (RF) paths to the very ends of the phone – both on the top and bottom. The aluminum uni-body construction and design forces all RF paths into those two locations. Whereas other smartphones use a glass back and RF components with antennas mounted on the ample back spaces, Apple is restricted to just two physical antennas. “This design limitation may force Apple to go back to an all-glass design again so that they can fit in 4x4MIMO LTE antennas and more features like wireless charging in the next iPhone iteration,” Lam said.
Modem moved
The baseband thin modem has been moved next to the A10 processor. Prior to the iPhone 7, the thin modem was always on the other side of the SIM card receptacle. “This is a subtle change but likely shows us where Apple wants to take this,” Lam said, “eventually putting the thin modem right on the apps processor package or even integrating it into the A-series processor.”
Officially water resistant
iPhone 7 is now officially rated as water resistant. “We also saw evidence of this water proofing design evolution in the earlier iPhone 6S, which included additional gasketing around critical connectors, as well as the use of WiFi antenna at the end of the primary speaker box,”Lam said. “Doing so pushes the antennas near the only other opening, for better reception and transmission.”
Jet-black polished case
Jet black polish is a new option on 128GB and 256GB models. “This is a new feature that produces a whole new look for the iPhone,” Lam said. “It is a lower yielding, time-intensive manufacturing step that adds cost, as well as considerable value, pushing the retail price higher for those requesting this option.”
Antenna speaker design
The antenna speaker design on the iPhone 7 came from the WiFi antenna packed into the speakers of Apple’s MacBook. “Apple likes to reuse these unique designs throughout their product lines,” Lam said. In a first for the iPhone series, the headset speaker now doubles as a stereo speaker.
Upgraded camera
While not as groundbreaking as the two optical paths in the iPhone 7 Plus, the iPhone 7 camera has now been upgraded to optical image stabilization (OIS), for better low light performance.
Improved battery life
The battery has been increased to 1960mAhr capacity from 1715mAh in the previous iPhone 6s. This change is consistent with Apple’s claims of improved battery life.

IHS Markit (www.ihsmarkit.com)
IHS Markit (Nasdaq: INFO) is a world leader in critical information, analytics and expertise to forge solutions for the major industries and markets that drive economies worldwide. The company delivers next-generation information, analytics and solutions to customers in business, finance and government, improving their operational efficiency and providing deep insights that lead to well-informed, confident decisions. IHS Markit has more than 50,000 key business and government customers, including 85 percent of the Fortune Global 500 and the world’s leading financial institutions. Headquartered in London, IHS Markit is committed to sustainable, profitable growth.
IHS Markit is a registered trademark of IHS Markit Ltd. All other company and product names may be trademarks of their respective owners © 2016 IHS Markit Ltd. All rights reserved.