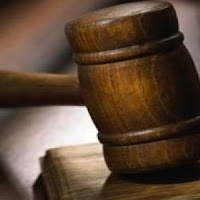 "The potential for huge damages awards is one reason for the new focus. Design patents have a unique remedy: Whereas infringement of a utility patent allows a patentee to recoup only those profits associated with the patented feature—not the entire profit from the sale of the infringed product—infringement of a design patent allows the patentee to recoup the total profit without apportionment.


The provision has largely been a sleeper for 125 years"

The high-stakes battle between Apple Inc. and Samsung Electronics Ltd. that began this week in federal court highlights a significant change that has taken place in the world of intellectual property law since the 1980s and 1990s: the steep rise in importance of the design patent.

Back in 1988, Apple sued Microsoft Corporation, alleging the company had infringed its copyright on the “look and feel” of the Apple Macintosh’s graphical user interface. That suit, which Apple ultimately lost, was a copyright case in which Apple had to show to the court that Microsoft had actually copied the design and appearance of Apple’s computer. In 1994, the U.S. Court of Appeals for the Ninth Circuit ruled that under copyright law, “Apple cannot get patent-like protection for the idea of a graphical user interface.”

Fast forward to Apple’s current lawsuit against Samsung and the focus is once again on design. But this time, Apple is alleging patent infringement—not copyright. And while some of the case deals with utility patents—those that focus on how something works—much of it revolves around design patents, which center on how something looks. In fact, Judge Lucy Koh, who is presiding in the case, noted in an earlier ruling: “It is the design patents that are at the core of this preliminary injunction motion.”

“With this case, design rights have taken center stage in the world of patent law,” said Christopher Carani, a partner at McAndrews, Held & Malloy.

In the 80s and early 90s, patents weren’t as much of a focus in technology as they are today, according to Ron Epstein, chief executive officer of Epicenter IP Group. “But patents today play a more important role in protecting innovation,” he said.

Design patents in particular are playing a more important role. In 1994, for example, 11,000 design patents were issued in the United States, according to the U.S. Patent and Trademark Office’s database. In 2011, the USPTO issued almost double that number: 21,356.

“Until recently, utility patents received most of the attention,” Carani said. “This case is causing corporations to take a second, hard look at design patent rights—not only to secure them for themselves but also to make sure they are not infringing design patent rights of others.”

The potential for huge damages awards is one reason for the new focus. Design patents have a unique remedy: Whereas infringement of a utility patent allows a patentee to recoup only those profits associated with the patented feature—not the entire profit from the sale of the infringed product—infringement of a design patent allows the patentee to recoup the total profit without apportionment.

“The provision has largely been a sleeper for 125 years,” said Carani, noting that this “no apportionment” language was inserted into the Patent Act in 1887 in response to an 1886 U.S. Supreme Court case regarding infringement of a design patent on a carpet design. “Now it has surfaced in a big way—to the tune of $2 billion.”

Indeed, $2 billion of the $2.5 billion damages award Apple is seeking come from its design patents; the other $500 million is attributable to Apple’s utility patents. “If Apple prevails, it could yield the largest U.S. patent infringement award of all time,” Carani said. The largest amount awarded to date for patent infringement is $1.67 billion, in a 2011 Eastern District of Texas case in which Abbott Laboratories Inc. was found to have infringed patents owned by Centocor Ortho Biotech Inc. (The verdict was later reversed on appeal.)

Samsung can do little about appealing such a large damage award if it loses the case, Carani said, because the design patent damages provision is codified in the statute. If Apple wins, however, Samsung, could benefit in another way. “If Apple prevails, Samsung may be in a position to assert its own huge design patents portfolio,” Carani said.

Until this case, design patents and their potential power rarely had a chance to rise to such prominence, notes Carani. But if Apple wins, he predicts more attention will be paid. “Companies will recognize that design patent rights can have teeth,” he said.