TSMC To Makes Processer Chip For Apple? Not so Quickly

DigiTime below states “Taiwan Semiconductor Manufacturing Company's (TSMC) plans to ramp up 20nm production ahead of schedule…to entice Apple”. TSCM already is having trouble processing enough 28nm wafers for their current customers, why would Apple want to give TSCM orders for the next generation 20nm process? 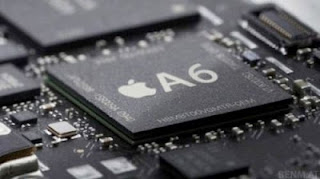 In addition, if we look at how Apple’s is handling the current A5 processor manufacturing. They currently use the 45nm process (New iPad-Teardown: Why Apple's A5X uses 45 nm). It indicates that Apple intentionally does not want to push the envelope of a new process technology at the same time that they are bringing up a new processor circuit. They prefers to use a more mature process while the pushing the limits on circuit design.

It is more likely that TSMC is more aggressive in developing the fab and the 20nm process just to enhance their market position relative to other foundry vendors for their current customers. See Nvidia: TSMC 20nm Essentially Worthless.
Another prespective is at TSMC has a “good chance” of winning Apple’s chip biz in 2014
Ron Maltiel

Taiwan Semiconductor Manufacturing Company's (TSMC) plans to ramp up 20nm production ahead of schedule have prompted industry sources to speculate that the foundry will be aggressively striving for CPU orders for future Apple devices.

The present 28nm shortage at TSMC makes it more unlikely that the foundry could attract orders from Apple, the sources claimed. TSMC currently is unable to provide sufficient capacity to its existing 28nm customers, the sources said.

With orders placed by Qualcomm, Nvidia, Broadcom, TI and AMD, TSMC meets less than 70% of 28nm chip demand at present, the sources pointed out. While having tight supply of 28nm capacity, TSMC now hopes an early investment in 20nm technology will help the foundry engage in collaboration with potential clients such as Apple in advance and ensure enough capacity to meet demand, the sources indicated.

The sources added TSMC stands a good chance of landing CPU orders from Apple in 2014.

With regards to the speculation, Digitimes Research analyst Nobunaga Chai commented that the fundamental issue will still be whether Apple would use a 28nm or 20nm process to build its next-generation processor, and choose TSMC as its contract manufacturer. If TSMC succeeds in grabbing CPU orders from Apple, the foundry's supply capability should not be a problem at all, Chai said.

Apple still uses 45nm to make its newest A5X, and has Samsung Electronics build the chips.

TSMC has revealed plans to invest about US$700 million in building a 20nm R&D line in 2012 – instead of its originally-planned 2013. Acknowledging that demand for 28nm manufacturing capacity from its mobile product IC customers has been higher than expected since the process ramp-up, the foundry finds it necessary to put its 20nm process into production ahead of schedule. Demand for 20nm will also first come from the mobile device sector, and order volumes are likely to be huge during the initial ramp-up stage – similar to the situation 28nm has, TSMC said at its recent investors meeting.

TSMC also indicated that the firm has accelerated its pace of 28nm capacity expansion. The foundry expects to have its supply of 28nm chips close to catching up with demand in the fourth quarter of 2012, and satisfy demand completely by the first quarter of 2013.