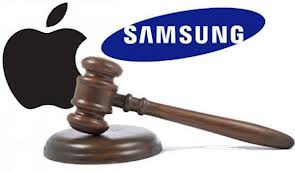 Apple wrote in a motion filed at the U.S. International Trade Commission that the DOJ is investigating whether Samsung is using "standards-essential" patents anticompetitively. (The probe hasn't been verified, but Apple is unlikely to be making it up.) The motion concerns whether an import ban on certain Apple devices, including the iPhone and iPad, would be in the public interest. Apple's lawyers at Wilmer argue that Samsung can't ask for an import ban because it broke a promise to license patents on fair, reasonable, and nondiscriminatory (FRAND) terms. [Hat tip: FOSS Patents blogger Florian Muller.]

Samsung sued Apple at the ITC in June 2011, alleging infringement of five FRAND patents. Before filing suit, Samsung had offered to license some of the FRAND patents to Apple in exchange for 2.4 percent of Apple's sales--a steep royalty. Apple argued in its defense that the patents are unenforceable because Samsung's licensing demands were abusive and anticompetitive.

Samsung voluntarily dropped its claims over one of the patents, and then on Sept. 14 an ITC administrative law judge ruled that Apple didn't infringe the four that remained. The ruling was somewhat of a blow to Apple, however, in that the ALJ declined to find that the patents were unenforceable due to FRAND violations. "The evidence does not support Apple's allegation that Samsung failed to offer Apple licenses to Samsung's declared-essential patents on FRAND terms," the judge wrote. "Negotiations often involve a process of offer and counteroffer before the parties arrive at an agreed price, but Apple's evidence does not demonstrate that Apple put forth a sincere, bona fide effort to bargain with Samsung."

Under ITC rules, that initial determination has been automatically appealed to larger panel of ITC judges, who are expected to rule in the next four months. Apple and Samsung were both asked to advise the ITC on whether an import ban against Apple would be in the public interest.

In Apple's brief, Wilmer reiterates its earlier arguments, writing that "allowing Samsung to renege on its FRAND commitments through the issuance of an exclusion order would have consequences extending beyond this case, and the harm to be the public interest would be severe." To bolster that claim, Apple states quite matter-of-factly that Samsung's FRAND activities are being investigated by the DOJ and by European regulators.

We knew about the European investigation months ago, but the DOJ investigation is news. The DOJ had never announced an antitrust investigation against Samsung, although an anonymous source tipped Bloomberg in June that "the Justice Department will scrutinize Samsung Electronics Co.'s handling of industry-standard patent claims."

Samsung isn't the only smartphone-maker to come under scrutiny for alleged abuse of standards-essential patents. Google Inc.'s Motorola Mobility unit is facing an Federal Trade Commission investigation. And in June, influential Seventh Circuit judge Richard Posner, sitting by designation in U.S. district court in Chicago, dismissed patent claims Motorola brought an against Apple, ruling that Motorola is "going for broke" by demanding a 2.25 percent royalty on FRAND patents.