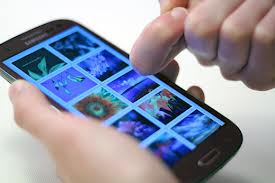 See more additional table and statistic about the whole mobile vendors
Posted by Ron at 4:30 AM