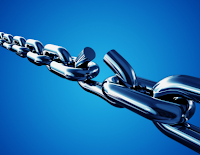 While Intel's 3D XPoint technology will improve the speed of the CPU communicating with the memory, it will uncover new bottlenecks. The overall system speed is always limited by the weakest link in the chain. 3D XPoint will improve the overall system speed (based on Intel's data). However, depending on specific system setups and the details of their operations, there will be new bottlenecks that will limit the improvement of this new technology.

We saw similar evolution when SSD technology was implemented with new bottlenecks popping up over the last +8 years ( SSD The Next Killer App in NAND Flash - Jim Elliott / Samsung ) .  For example, there are still a lot of issues with storing data in cache of an SSD system as the cache  memory gets filled. See - Why Solid-State Drives Slow Down As You Fill Them Up and How can SD cards be faster than SSDs?

Chipzilla and Micron have been working on 3D XPoint technology which they say will close the performance gap between memory, CPU, and networking.
Until now details of the project have been kept under wraps, but now it seems the pair are keen to talk about it. All Intel would say is that it promised about 1,000 times the performance of NAND flash, 1,000 times the endurance of NAND flash, and about 10 times the density of DRAM.
3D XPoint technology is a 3D stacked memory with high-speed interconnects that can be used like DRAM and like flash storage.
Intel CEO Brian Krzanich is now saying that Intel will sell the memory under the Optane brand, and The Next Platform.
Memory is a bottleneck forcing CPUs to wait. Krzanich Optane would speed things up so processors are no longer waiting for data to arrive from memory or storage, in this case flash drives.
Krzanich showed a pair of matching servers. One server had Intel’s P3700 NAND PCI Express SSD and the other was a prototype Optane SSD. The Optane SSD outperformed the P3700 by 4.4 times in IOPS with 6.4 times less latency.
He said that Intel would release Optane next year and will “transform how we think about data and memory and storage.” The company will also come out with Optane DIMMs later this year for early testers. These will combine the performance of DRAM with the capacity and cost of flash.
A two-socket server with Optane DIMMS will have a total of 6 TB of addressable memory, “virtually eliminating paging between memory and storage, taking performance truly to a whole new level.”
- See more at: http://www.techeye.net/chips/intels-3d-xpoint-fixes-bottlenecks#sthash.n79kXMNz.dpuf
Posted by Ron at 11:35 AM