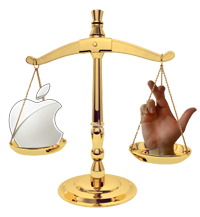 Whether a company should own a few or many patents is not a simple question. The article below suggests that a trend started of having few good patents instead of a large basket of patents.

The problem with few solid patents is that they can be perceived as too broad and would be narrowed down in litigation.  One of the benefits of having a basket of patent related to a specific technology is that different patents will cover facets of the technology through well crafted set of claims. Often it is very difficult to locate a prior art with the same specific structure.

SAN JOSE, Calif. — Patent strategies will shift from a focus on quantity to quality over the next few years, according to one expert. At least one analyst expressed skepticism, predicting the big-numbers game in intellectual property will continue for the foreseeable future.

Today companies file for patents by the basket, gearing up for battles with competitors doing the same. But a new set of realities will change the dynamic to a "flight to quality," in which a few good patents are more important, said an intellectual property expert who asked not to be named.
The new factors include:


One early sign of the shift may be coming from China. That country's patent office reportedly granted a whopping 850,000 patents in 2014, down 3-5% from the prior year. It was the first such dip after many years of 10% or greater increases, the expert said. "Folks in China think it many to continue to decline."
Some observers disagree with the analysis. Larry Cady, an analyst at IFI Claims Patent Services who tracks patent grants, said the rate of increase in US patents granted each year has been slowing down, hitting 8% in 2014, but is likely to shoot up again.
"The trend of companies piling up large defensive patent portfolios has been going on for many years, and I don't see it shifting," Cady said. "There's been a slight slowdown in the growth of patents in the last few years… but that's due to the cyclical nature of the economy."
Companies tighten their belts in down years such as after the 2008 recession. It takes an average of three years to get a patent granted, so reduced filings will take time to filter through the system.
"Now that economic growth has resumed, I suspect we will return to historical norms of increased patent grants in 2016-17," Cady said.
In any case, patent reform is expected to bubble up in the US Congress again as one of the biggest stories in intellectual property in 2015.
One side advocates legislation that tweaks a system that is coming to grips with major changes from court decisions and the America Invents Act, which passed in 2011. Another side says major changes are still needed.